Caregivers Often Fight the Worst, But We Don’t Have to Fear It 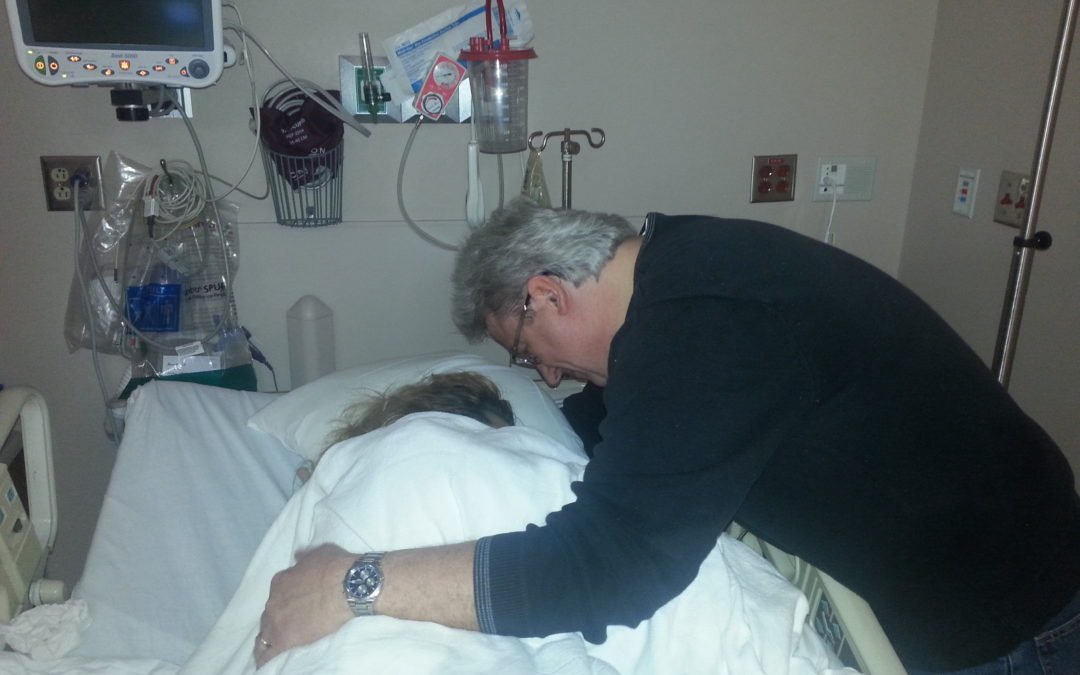 Fight What’s Closest Rather Than Fear The Future

For more than twenty-five years, my wife, Gracie, has been an amputee. Over the years, the subject of “phantom-limb pain” found itself in many conversations. Amputees can often feel the pain of a limb that is not there. Phantom-limb pain is an odd phenomenon—and another astonishing example of the complexity of the human body. In kind of a “reverse phantom-limb pain,” caregivers often feel pain—not over something missing, but rather something that hasn’t even happened. We feel what we fear, and often don’t see a positive end, but rather see it getting worse.

Fretting over “what will happen if …”, adds despair to already weary hearts over something that hasn’t occurred—or may never happen.

Years ago, a surgeon grimly returned to the hospital room where I waited for news from yet another surgery.  He shared with me that Gracie contracted an infection in her back that required her to stay three months in the hospital, flat on her back (raising  no more  than  15  degrees).  In addition, she would need an operation every third day to irrigate the infection site. Thinking about Gracie, our young sons, my job, and all the things involved, my heart sank and I mumbled, “I can’t do this for three months.”

Putting his hand on my shoulder, he said, “You’re not going to do this for three months—you’re going to do it for 24 hours. ‘Tomorrow will worry about itself.’”

The lesson learned that day (one requiring frequent reminders!): today has enough drama, heartache, and challenges—I don’t need to borrow any from tomorrow, three months from now, or thirty years from now. There is no need to indulge in pain that isn’t there.

Fear paralyzes us, or can incite us to rage and reactive behavior. Caregivers often see our money, our jobs, our independence, our health, and our very identity being sucked into the dark void of caregiving—and it frightens us.

We’ve all heard of the “Flight or Fight” adrenaline rush that comes at a crisis, and felt it at one time or another.  Caregivers, however, deal with relentless crises. Those waves of crises wash over us without mercy and usually at the worst times. They plunge us into what often feels like terror.  Constantly living in “Flight or Fight” is unsustainable as a caregiver, and it will eventually destroy us.

The stress of caregivers wreaks havoc on our bodies and heart without us adding to it by living in the wreckage of our future.  Letting our imaginations run wild with all sorts of things that may happen, spikes our stress levels to staggering heights. Caregivers are devastated by the landmine of fear.

Each day often brings an opportunity to race with fear, and its frequent companion: rage.   But we are not doomed to those behaviors.  Each day can also offer the opportunity to respond rather than react.

A martial arts instructor recently shared in a training seminar, “Fight what’s closest—not what’s beyond our reach.” Applying that simple instruction to caregiving helps avoid the landmine of fear by living in the present and dealing with the reality at hand. I’m learning to accept what I can control, as well as what I can’t.

Living in the present doesn’t mean we can’t plan for the future—nor does it mean that unpleasant things aren’t lurking just out of our vision. We’re not irresponsible, in denial, nor are we fatalistic. Rather, we avoid the fear landmine by choosing a path of doing what we can do about what we do know.

As caregivers, real “fear-worthy” issues regularly assault us. We don’t, however, have to go “toe-to-toe,” gripped in mortal combat with every issue. Side-stepping a few of those issues, we can let go of the burning compulsion to obsess on them. Borrowing from my martial arts instructor, if we see an enemy on the horizon, keep an eye on that enemy—but deal with what is within arms’ reach.

Responsibly, we do the next right thing, and learn to fight what’s closest.  We have enough danger and trying things to face today. Tomorrow will take care of itself.

Therefore do not be anxious about tomorrow, for tomorrow will be anxious for itself. Sufficient for the day is its own trouble. —Matthew 6:34