This year, my wife and I celebrate our 30th anniversary.  While a milestone for any marriage, ours brings a heaviness to the journey that most will never experience.  I chose to marry an injured woman.

In all fairness, my decision wasn’t based in some sort of nobility on my part—she was simply drop-dead gorgeous, an extremely talented singer, and an extraordinary person.  She had recovered sufficiently enough from a brutal 1983 car accident to return to the college where I met her, and although she had a limp and some scars on her legs—I didn’t understand (nor did she) the lifetime consequences of slamming into a cement abutment at 70 mph.

Fast forward to the present where we face surgery number 79.  Both of her legs were amputated in the 1990’s, and more than 75 doctors in 12 different hospitals have treated her.

How does one live out trusting God in such severe circumstances? As her caregiver for three decades, I’ve wrestled with that question during my frequent late-night conversations with the ceiling fan. When the “…valley of the shadow of death” extends beyond the horizon, it’s easy to become discouraged and wonder why God allows such suffering—and it’s even easy to wonder if God is engaged at all.

“Jesus understands,” people often told me.  I perfunctorily nodded with them.  Inwardly I screamed in rage. “Show me in scripture where a guy stood in countless hospital corridors and watched his wife repeatedly wheeled towards surgery—while knowing that if she did return, it was often with less of her body!  Show me a man in the Bible who watched his wife daily suffer—for decades!” I wanted to yell those words out at well-meaning, but often naïve individuals who attempted a modicum of comfort.

No comfort came.  No answers came—and the difficult road continued.

This internal battle waged relentlessly for decades until a moment of great clarity changed it all for me.

I looked at the Bible as a whole—not books, not passages, but the entirety of scripture.  What I saw was Christ, identifying Himself as the bridegroom caring for His own wounded bride—us!

He laid down His life for His bride.  All of scripture focuses on that one event—of Christ on the cross. Even at that point of anguish for Him, he expanded the role and reached out to the apostle John and instructed him to care for His mother, Mary.

In light of that awareness, verse after verse, passage after passage, hymn after hymn all flooded my heart in waves of comfort, strength, understanding, and resolve.

Even still, it’s not, I’ve discovered, a one-time event for me.  The road my wife and I travel is fraught with harsh events.  But in those moments when our heads hang with weariness, I recall powerful words such as those John Newton wrote, “…Through many dangers, toils and snares, I have already come; ’Tis grace hath brought me safe thus far, And grace will lead me home.”

Those words, and a wealth of others, mean something to me now, and they strengthen my commitment.   In that strengthening, I developed a passion to reach my fellow caregivers and model what Paul stated in 2 Corinthians 1:4, “…so that we can comfort those in any trouble with the comfort we ourselves have received from God.”

I launched a radio show for caregivers, and I wrote a book titled HOPE FOR THE CAREGIVER.  That “hope” is not hearts and rainbows and unicorns. The hope I point fellow caregivers to is the conviction that we can live a calmer, healthier, and more joyful life—even while dealing with grim realities.  We can do this because of what our Savior, the ultimate caregiver of a wounded bride, has done for us.

I know this, because it is my life.

Jesus told Paul, during Paul’s own difficult journey, “…My grace is sufficient for you; for my strength is made perfect in weakness.” (2 Cor. 12:9)

Those words resonate deeply with me—my wife’s name is Grace. 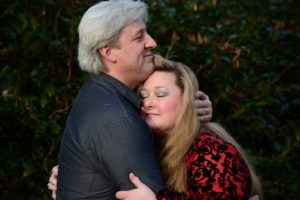 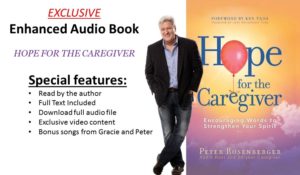 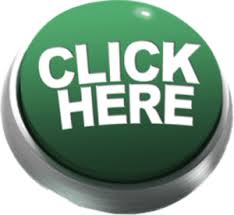 Get the book that’s strengthening thousands and THOUSANDS of caregivers …now in an enhanced audio version read by the author!