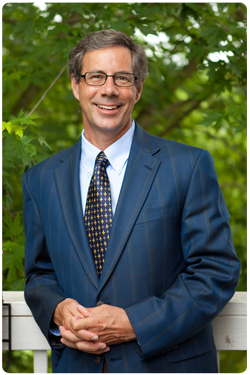 Robert J. Morgan is the teaching pastor of The Donelson Fellowship in Nashville, Tennessee.   Dr. Morgan has faithfully served that congregation for 35 years.  He is also a best-selling and Gold-Medallion winning writer. Dr. Morgan has more than 35 books in print and more than 4 million copies in circulation in multiple languages.

In addition, Dr. Morgan is a writer for Dr. David Jeremiah and Turning Points Magazine, and has many articles published in other leading Christian periodicals.  He is also a regular contributor to The Huffington Post. He and his wife Katrina have three daughters and fourteen grandchildren.  In 2014, Rob was awarded an honorary Doctor of Divinity Degree from his alma mater, Columbia International University.

Rob has appeared on numerous national television and radio shows, and he came to our studio at NewsChannel 1510 to share his own journey as a caregiver for more than 27 years for his wife who struggles with MS.  Listen in as Robert joins me, and show producer, John Butler, to laugh and learn …while strengthening each other as caregivers.

Talking about his new book, Reclaiming the Lost Art of Biblical Mediation, Robert Morgan shares his passion to better care for himself and more effectively care for his wife by meditating on scripture.  Not just thinking about scripture, Robert encourages himself and others to THINK Scripture—and by doing so, we preach to ourselves.

Sometimes the problem is, we listen too much to ourselves, but we don’t talk to ourselves enough.”  -Robert Morgan

The radio show for caregivers is an outreach of Standing With

Drawing upon Peter Rosenberger’s more than thirty years of experience as a caregiver for his wife, Gracie, through a medical nightmare, Peter has emerged as an exceptional voice of experience for an unprecedented need.

Both of these programs have the single goal of equipping broken and hurting individuals to stand with hope in Jesus Christ.

Check out these great caregiver resource (Click on Pics)