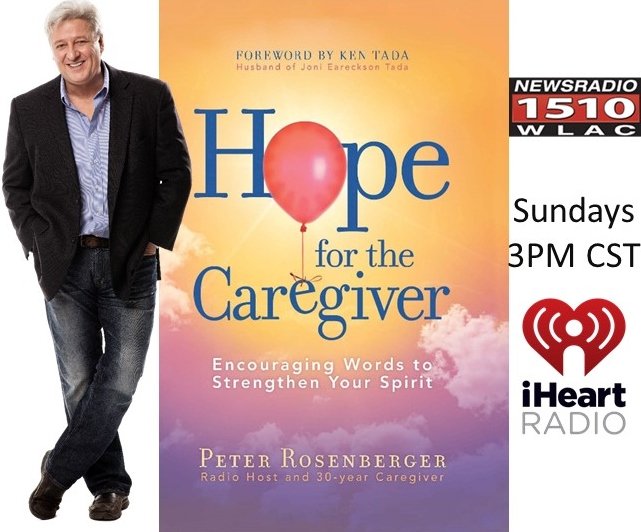 72% of U.S. Caregivers in Danger of Leaving Loved Ones Without a Caregiver Entirely

NASHVILLE, TENN., October 28, 2015 — There is a seldom-discussed seismic shift rumbling beneath the American economic and political mantle, the full-force of which may eventually prove to be incalculable. By 2029, the youngest of the “baby boom” generation — those born between 1946 and 1964 — will reach retirement age. This group, over 76 million strong, added to those born prior to 1946, means over 90 million adults in America may soon need long-term caregivers. This projection portends that more than $1 trillion of wealth will be ultimately transferred away from families because of the caring for these individuals—a massive implosion of household financial legacies.

“Make no mistake, if you love someone, you will be a caregiver. If you live long enough, you’ll need one,” says author and radio host, Peter Rosenberger, a 30-year caregiver himself. 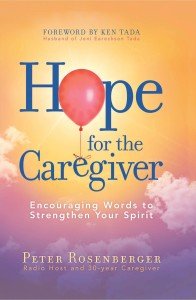 “But, here’s the real urgency: caregivers are usually family members—a massive unpaid workforce—who are in danger of burning out physically, emotionally, and fiscally before their loved ones. And with over 72% of the 65 million caregivers in the United States failing to see their own doctor, the most vulnerable among us are in jeopardy of being left without a caregiver entirely, having exhausted both their loved ones’ and their own financial resources.”

According to Rosenberger, the caregiver demographic group is an invisible workforce that is seldom heard or addressed politically. That is expected to change with the vast numbers which will put crushing pressure on families, employers, and communities. “With the federal government drowning in massive debt, this relentless and unstoppable issue will eclipse the abilities of Washington, D.C. and the states alike,” states Rosenberger. “Those who aren’t currently making preparations will find a lifetime of work and savings evaporated in the astonishing costs incurred in caring for chronically ill and elderly loved ones.”

During November, which is National Caregivers Awareness Month, Rosenberger is keen to recognize “those weary individuals who stand in the hospital corner, push the wheelchair, rush to pharmacies, clean the house, pay the bills, manage a career, attend to personal needs—all while often caring for other family members.” Says Rosenberger, “I’m trying to raise the visibility of this enormous segment of our citizenry while also extending a lifeline to fellow caregivers who are exhausting themselves, who feel they are floundering, who are in need of both hope and help.

“As caregivers, I deeply believe that we can live a calmer, healthier, and (dare I say it) a more joyful life, even while dealing with grim realities.”

Author Malcolm Gladwell estimates that it takes 10,000 hours of work or study to become an expert in a particular field or study. Rosenberger, who has been the caregiver to his wife for 30 years, has logged well over 125,000 hours in this role, making him a unique expert. Helping his family navigate through his wife’s $9 million medical catastrophe—that has included 78 surgeries, multiple amputations, 60 doctors, 12 hospitals, and 7 insurance companies over the past three decades—has equipped the author and radio host, to serve as a strong advocate for today’s caregivers.

On his weekly radio show for caregivers (broadcast live on both WLAC-AM in Nashville, TN and on iHeartRadio), and in his new book, HOPE FOR THE CAREGIVER (Worthy Inspired; ISBN: 978-1617956645), Rosenberger illustrates how caregivers struggle through the FOG of caregiving, (Fear, Obligation, and Guilt) and offers tangible help that family caregivers can immediately implement to start making healthy emotional, physical, and fiscal choices.  Identifying the three “I’s” (Isolation, Loss of Identity, and the Loss of Independence), Rosenberger equips caregivers with the tools to help push back against the crippling issues that caregivers daily face.